[Note] The end of capitalism by D. Harvey

What is now so striking is the increasing power of the unproductive and parasitic rentiers, not simply the owners of land and all the resources that reside therein, but the owners of assets, the all-powerful bondholders, the owners of independent money power (which has become a paramount means of production in its own right), and the owners of patents and property rights that are simply claims on social labour freed of any obligation to mobilise that social labour for productive uses. The parasitic forms of capital are now in the ascendant. We see their representatives gliding through the streets in limousines and populating all the upmarket restaurants and penthouses in all the major global cities of the world – New York, London, Frankfurt, Tokyo, São Paulo, Sydney ... 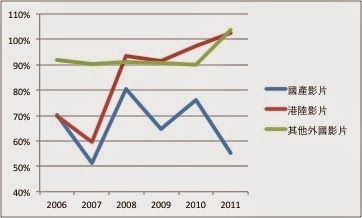 Entertainment business generally does well during a downturn. Even this time, the so-called recession-proof industry appears to be doing just fine. Ajay Bijli, chairman and managing director of PVR Ltd, discusses with ET the impact of economic slowdown and credit crunch on the multiplex industry.

What is the impact of the slowdown on the entertainment industry? I, like some of my peers in the industry, hold the view that the entertainment industry is largely recession proof. It is mostly dependent on the supply of good content. At the beginning of the year, during the Indian Premier League (IPL), production houses delayed releasing their movies, that was when footfalls in multiplexes witnessed a drop. Again during the terror attacks in different cities, movie buffs didn't feel safe enough to go to multiplexes. But in the last few months it has become clear that whenever good movies have been released, movie buffs have come to the multiplexes. The recent release Rab Ne Bana De Jodi is a case in point. I think it's not economic slowdown that has affected sales of tickets, it is the quality of content which governs footfalls generated in the multiplex. Fortunately, India is still a growth story and to a certain extent the slowdown is more psychological than real. Hence, I do not see the slowdown, as I would like to call it, having any impact on the entertainment industry. I believe that the Indian entertainment industry will continue to grow in healthy double digits. But has the slowdown affected the multiplex growth plans and the deals that are struck between real estate developers and multiplex operators? There have been instances in recent times where some multiplex players have walked out of deals that they struck with real estate players for an amount which was not economically feasible for them anymore. This has, in fact, led to a correction in rentals. As far as PVR is concerned, we have accelerated our pace and are now seriously looking at markets and opportunities, which were unaffordable earlier. Newer formats such as revenue-sharing with developers are also in the offing. I'm sure if mall construction is delayed, multiplex expansion plans could be delayed as well. So it all depends on how adversely affected the real estate developer is with whom one has an agreement.
頁面 2/2
於 上午5:59 沒有留言:

With big entertainment stocks having declined early in 2014, investors are looking for fourth-quarter earnings season for Hollywood conglomerates to help shed a light on the state of TV advertising trends, which underperformed for some big sector players late last year.

And companies' outlook for 2014 will also be in the spotlight early in the year, with some analysts also expecting conference call questions about possible pay TV consolidation amid continued chatter about a possible combination of Charter Communications and Time Warner Cable.

"The first time in recent memory, some media executives, blaming softer scatter and weak ratings trends, publicly talked down fourth-quarter advertising expectations," MoffettNathanson analyst Michael Nathanson said in a recent preview. "While these comments were made back at an investor conference in December, it seems the market only started paying attention when the calendars turned to 2014…Year-to-date, we have seen sharp losses at many of the mostly cable-network centric names that are impacted by both poor ratings and weak scatter demand."

"Early first-quarter scatter volumes appear to have picked up, with [ad prices] unchanged, up in the mid single digits versus the upfront," Janedis said in his earnings season preview. "The tone feels better, but we expect the Olympics to have a…drag on first-quarter ad growth."

Nathanson echoed that, suggesting big entertainment stocks may remain under pressure near-term. "We think that first-quarter advertising and ratings trends could be negatively impacted by the Winter Olympics on NBC, which should gain share of viewers and dollars," he wrote. "As such, the near-term downward slide in media valuations could likely continue until earnings revision trends improve. Fourth-quarter results will likely not provide that relief."

Here is a quick look at key trends expected to shape the latest earnings reports of big Hollywood companies.

Guggenheim Securities analyst Michael Morris recently lowered his U.S. ad revenue growth forecast for the company's latest quarter to 4 percent from 5 percent "due to modestly lower demand and weaker ratings, primarily at MTV." But he raised his international ad forecast to 8 percent from 5 percent, saying he believes that "ad demand at European networks continues to improve."

Overall, that will allow the company to post results in line with Wall Street expectations and its own guidance.

Morris also raised his film unit revenue forecast for the latest quarter "to reflect the solid theatrical results of Anchorman 2 and The Wolf of Wall Street."

The firm's film unit results are expected to be strong thanks to the box-office performance of Gravity and The Hobbit: The Desolation of Smaug.

A new Batman video game will also boost the quarterly profit at the film unit, which is expected to post one of its biggest quarters ever. That could also have boosted Warner Bros. to have its most profitable year ever, management has said.

"We see a combination of a softer scatter market and weaker ratings – CNN down as expected given political comps, but TNT, Cartoon, and TruTV also down," Morris predicted for the fourth-quarter TV networks unit. He recently lowered his TV networks U.S. ad growth forecast for the latest quarter from 5 percent to 2 percent.

"Management’s 2014 outlook will be key to the fourth-quarter earnings call," said Morris. "With the Time Inc. spin-off still on track for 2014, we anticipate an outlook to focus on networks (we expect high-single-digit affiliate revenue and program cost growth) and film (2014 operating profit similar to 2013)."

And film results are expected to be strong. Cowen analyst Doug Creutz on Monday increased his film unit profit forecast for the latest quarter, "primarily reflecting an upward revision to our studio entertainment segment estimates, driven by the strong box office performances turned in by Frozen and Thor: The Dark World."

Echoed Morris: "We expect the studio to be strong, while networks could see a timing benefit from lower revenue deferral."

Higher programming spending for new cable networks, such as Fox Sports 1 and FXX, will be a drag on cable networks unit profitability growth, according to Nathanson. That will mean a gain of only 1 percent despite solid advertising and affiliate fee revenue growth.

Said Nathanson in a recent report: "We are reducing our film profits given the disappointing performance from Walking With Dinosaurs and The Secret Life of Walter Mitty."

CBS Corp. Quarterly earnings season for entertainment conglomerates will wrap up with CBS Corp. on Feb. 12.

［news-Vancuversun]Spielberg was wrong: Hollywood comes back from the dead

Spielberg was wrong: Hollywood comes back from the dead

When Steven Spielberg warned in June that Hollywood was facing a “meltdown” amid a series of major flops, it looked like 2013 would be a dismal year for the movie industry and its biggest stars.

Speaking to students at the University of Southern California, the director of Jaws, Raiders of the Lost Ark and Schindler’s List spoke somewhat apocalyptically about an impending “implosion” with “mega-budget movies crashing into the ground”.

But it seems the man who in many ways shaped the modern blockbuster may have been too hasty. Six months later, Hollywood expects a record year at the box office.

“The summer had a lot of high-profile big-budget flops that didn’t live up to expectations, but when you look at the bottom line it’s still a record breaker,” said Paul Dergarabedian, a Hollywood box office analyst.

“The Hobbit: The Desolation of Smaug was an important one. There was really bad weather on the east coast, but it still did over $70 million in its opening weekend.”

When Spielberg spoke, Hollywood was in the midst of an unprecedented crisis as six films each with a production budget of over $100 million fell flat in as many weeks.

The highest profile casualty was The Lone Ranger which cost $250 million to make, plus a huge marketing budget. It lost the Disney studio up to $190 million and critics savaged the performance of Johnny Depp, the previously bankable actor. Another A-list star, Will Smith, also failed with the science fiction epic After Earth, prompting the Wall Street Journal to ask if the actor had “undergone a radical charisma-ectomy”.

The disastrous reception appeared to undermine Hollywood studios’ “tent pole” strategy of pouring most of their resources into a small number of would-be summer blockbusters.

“There was a lot of attention this summer given to blockbusters failing and pulling Hollywood down,” said Patrick Corcoran, the director of media and research at the National Association of Theater Owners.

“There were movies not playing well. But while that was happening we had five straight weeks taking over $300 million, which has never happened before.”

That was down to unheralded films such as The Conjuring, a horror story, which cost $20 million and had no big name stars, but gained popularity through word of mouth and social networking.

Corcoran said: “It showed people are willing to go to the movies if you give them something good to see.”

He added that November had been “huge” with two films — The Hunger Games: Catching Fire and the animated Frozen, becoming the two biggest Thanksgiving releases ever.

Dergarabedian said: “We’re in a horse race but I think we’re going to wind up exceeding $10.8 billion. There’s so many cool movies out there - 12 Years a Slave, Dallas Buyers Club, American Hustle, Saving Mr. Banks — that’s why you get great box office.”